Theme: It is not real.

In Guardian, you play as a father trying to keep his daughter safe from her nightmares. All the art, animations, music and programming was made by me.

This game was made using the Construct 3 game engine.  For Construct 3 tutorials, devlogs and more check out my YouTube channel.

You can download the source code for this game here: 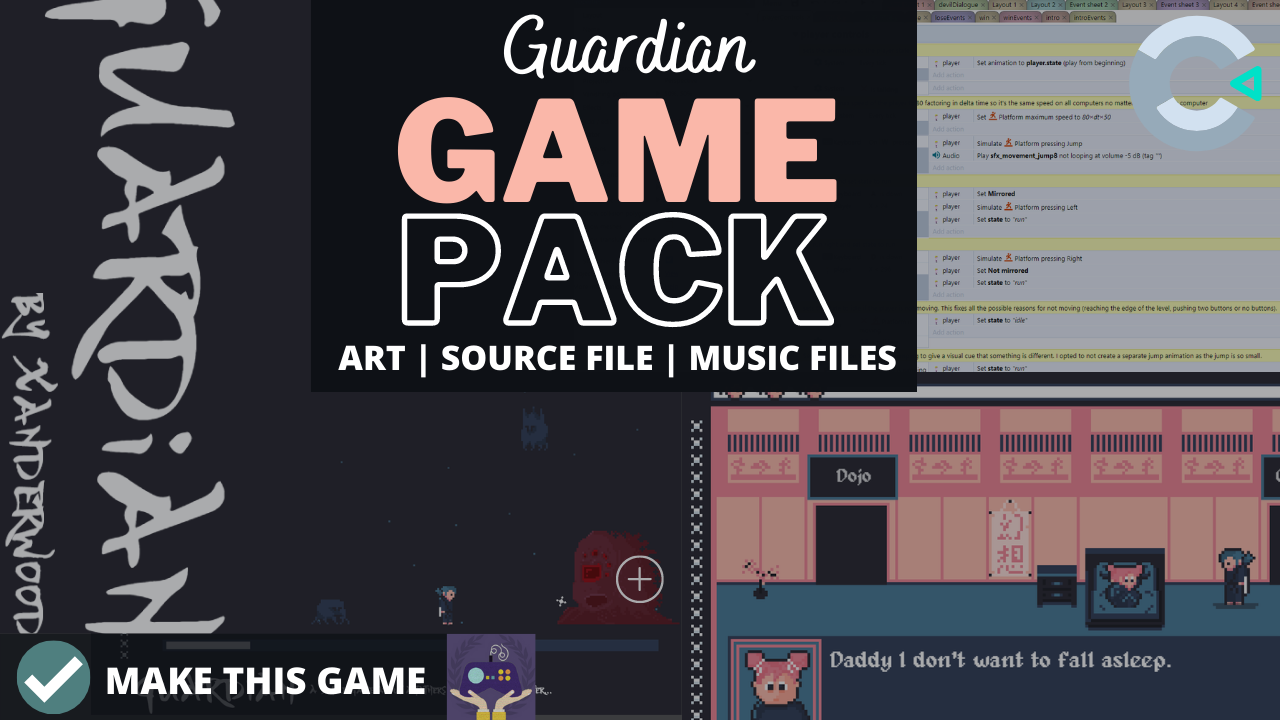 Excellent work, Xanderwood. The entire aesthetic was very well thought out and implemented from the art to the design, story and music.  I was motivated to keep pressing on just from the amount of world-building you squeezed in so early on.

I appreciate the dojo for learning the controls before jumping into the thick of things.

I ran into one bug on the second boss where he just wouldn't give me any new stars to throw (DMd you footage on Discord). I thought the music matched the scenes really well and I loved the SFX, but I think you could have balanced out the audio a little better. Especially for the first boss, those small enemy deaths were really loud. Great sound choice, just too much volume.

I think some ways you could improve the player experience without major changes would be to make things a little more forgiving. Slightly larger jump. A smaller hurtbox on the player and a much bigger hitbox for the meleee attack would help. I noticed the melee never seemed to connect above the player, so Boss 2 wasn't as fun to take out the minions as I had to line up on their sides.

Also maybe when I take damage give me a reprieve, don't let the enemy hurt me again for at least a half-second or second so I can recover to safety. Sometimes I'd have full health, then jump on a minion and die because I just ended up taking damage three times. And on Boss 2 maybe falling off the platforms isn't an auto-death, just damage me and put me back on the platform.

The melee attack is pretty, but for the sake of immediate feedback on the input, I'd cut the first frame or few frames and go straight to the smear frame where the damage is. It would feel more responsive, snappier and strong overall. Wouldn't look as nice, but I think this is one area where you sacrifice the art for the feel.

Overall this was a blast to play and I was hoping that "Do Not Enter" room would be a final boss! It was still a treat to see you promote your other stuff in a clever way, but the fact that I wanted more fights tells you this was an excellent game. Well done.

This was such a fun game! For the second boss, I would suggest adding art for the enemies (At first thought they were just decoration), and maybe make it a little less unforgiving when you fall to the bottom. But overall, I really enjoyed this game! I loved the art palette you chose, and the narration at the beginning really set the story in place.

Thanks for the feedback and thank you for playing.  I originally intended for 3 bosses and the second one was definitely rushed to meet the jam deadline.  Ill be finishing the game soon so will definitely take the feedback onboard 👍👍

This is totally awesome. So well thought out, love the art style and it is a really fun game to play

I would buy this as a template asset like your others. Please release it!

Ill be releasing it as a game pack soon. If you are finding the game packs useful i offer them free for my patreons.

The first boss was really fun. The second one was a little unforgiving but I still enjoyed it. Ranged attack is a bit OP but figuring that out was fun. Good job. Nice art and concept.

Thanks JS. I spend so much time on the first one then realised I had very little time for the 2nd two LOL hence why the second one isn't as good and the third one (which was going to be a snake) didn't make the game 😬

Reply
The Kabab Coder219 days ago

Can you play mine, please? I would love to get your suggestions so that I can improve! 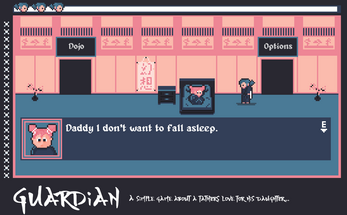 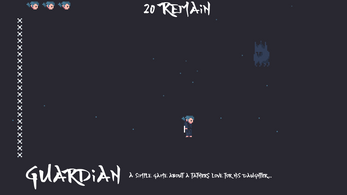 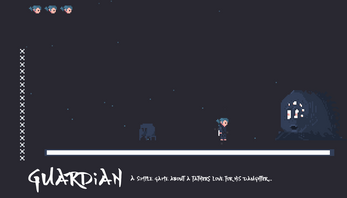 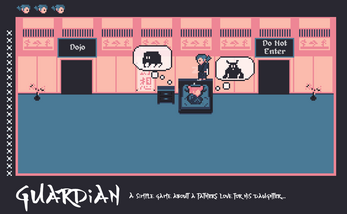 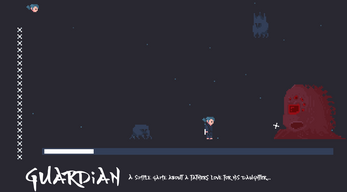 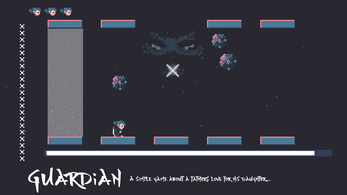 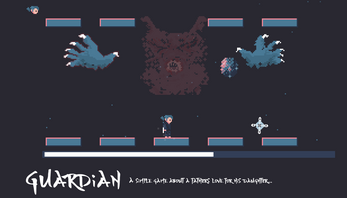 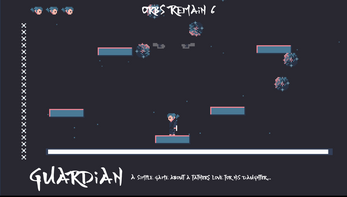 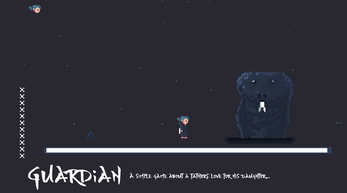