Very nice soundtrack and game concept. This is very addicting but very challenging and I think I spent way to much time on it. ;) I also love the tutorial levels to help players understand the game.

Glad you liked it. Did you beat the level?

oh no. It's tough, I struggled and I made it. The key is to pick your shots, dont spam it. You will also need to use your shield wisely.

I'll try that. How long did it take you?

a good few attempts but because it was so fun I didnt mind trying again and again.

Really fun game, took a while to beat but I did it.  Found a bug where the high score isn't recorded when you win, only when you lose.

I think the game would be easier to play if all colored blocks below the one you're burning would count towards the timer.  As far as I could tell, the yellow and green cubes did nothing for my red timer while it was going down.

Yeah I noticed that bug. I didn't actually complete the level very often during play testing so didnt notice it until it was too late to fix :) 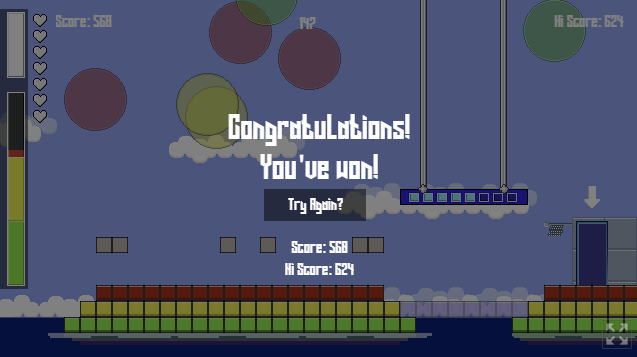 Great game with cool idea!clean but nice art style,simple but earworm music;if you develop it with more levels would be much fun!

by the way, is it the spawn of balls all Rand?  i try like 5 times to won the game, sometimes is easy to survive but sometime cant see any ball i need.

Thanks for playing. I'm glad you enjoyed it. It was very time consuming to build to this standard so there is only 1 level. I may add more levels in the future though.

The balls are spawned at random yes, so you may be lucky with what you need and you may have to wait longer.

PS. that's a good high score 😁 also congratulations on  not losing a level. I've never finished the level with red level still there.

Wow! I really like this one. I found it very difficult at first cause I was just shooting without thinking. Good job! Very polished!

Thanks, you have to pick and choose your shots or balls will be everywhere :) thanks for playing

Is it currently winnable though? I couldn't get past the first level because of the tiny bubbles.

Personally, I thought the audio was a bit too loud though it was very good(I could listen to it all day).

Edit: I totally forgot I had a shield :p. No wonder it was so hard.

Haha yes it's hard but the way to win is to pick your shots. Spamming shoot will overwhelm you with balls (that's what she said). There is only 1 level as it was quite a complex build. And yes the shield is essential to winning.

This game is fantastic! I had a lot of fun playing it and for a game jam it turned out to be very well polished. Awesome job!

Thanks for the feedback. I spend a good 6 hours each day on the polish. The core game play to me the first day then it was all polish and music/sound effects. I added the tuturial last minute as I realised it needed some explaination. 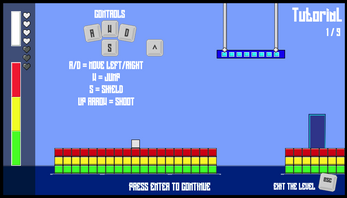 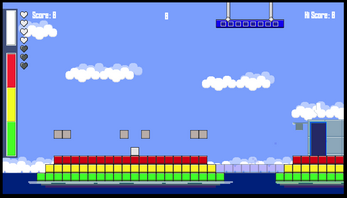 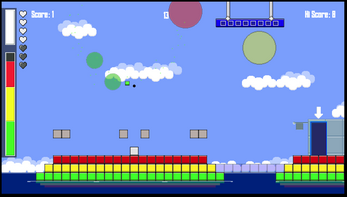 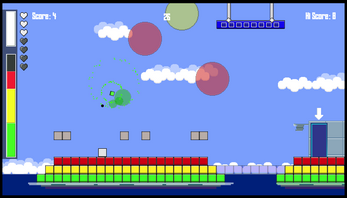